We have just spent the weekend in Devon.

Richard's parents are downsizing from the large family house they retired to fifteen years ago to his late grandma's rather bijou two bedroom flat down by the seaside. It's a good move, but it's cruel as it entails throwing away lots of possessions and boxes of stuff that they have accumulated over the years.

Several boxes of Richard's stuff were moved with his parents and have spent fifteen years in the loft. His life has not been the poorer without them, and yet, it was important that he had the chance to look through them before they were consigned to a tip.

I know how difficult this process is from emptying my mums house last year when we sold it, and so just as he was there to support me, here am I to say the words " Bin it" quietly, but firmly in his ear.

What I wasn't expecting was to be touched by anything that he found myself. Yes, it was great to see pictures of him as a Cub Scout. Yes, I've seen his graduation pic. Yes, it was good to see his cuddly toys from childhood. A firm goodbye and they headed skipwards. Then he found letters. Letters that his parents had written to him when he was at university, and letters that I had written to him when we first fell in love.

I have to say I had no recollection of the letters until I saw them, and then it came flooding back. No domestic email in the mid nineties. Just a sealed envelope sent every other day from Pimlico to Cambridge saying how our time together that weekend had brightened my life. They also had hints of me working things through for myself. I was approaching forty when I met Rich with no serious relationships behind me, and he changed my life. The letters are clear about this, and it was strange to stand in a bedroom in Devon and see my emotional state of some seventeen years ago exposed so clearly.

I always used to love writing letters , and in an way, I suppose, that is what this blog has become, an occasional missive to those who want to read it. I remember writing letters to friends who had gone to Stratford for the year entitled "Paul's letters to the Thespians". My adorable friend Janie tells me she has some letters I wrote to her while she was at drama school, and I'm sure there are others locked away in cupboards and boxes elsewhere.

Dear friend Loraine has a brilliant blog running at the moment where she is slowly telling the story of how her parents met in the war through their letters. It's gripping, moving and intensely revealing of a time in history and a slice of society. Check it out at withlovefromgraz.blogspot.com.  It's well worth a read.

I don't think I'll be publishing mine. I think of them as romantic. Rich told me they were soppy. (I've long accepted that's his word for romantic!) but he kept them. He put them away and kept them, and even though they have spent fifteen years in a box in a loft in Devon gathering dust while our relationship has gone from strength to strength, through good times and bad, he's got them back now and its good for both of us to be reminded of just how we started out together.

Now where's that letter to my MP I was writing?

Popular posts from this blog

The Room Where It Happens

As I have grown older, my boredom threshold has grown infinitely shorter. I love the job where I just have to do a couple of days filming. The corporate market provides many opportunities where really big and demanding jobs can be over in four or five days and the one-off quality of the event, the one chance to get it right aspect, really appeals to my nature of being able to move on.

So having spent the first three weeks of this year in a rehearsal room with the same three actors working on the same play marks a big behavioural departure for me. And I have loved it.

This is the room where it happens. As an actor I can cope with the excitement of the preview and trying things out in front of an audience. I love the cards and presents of a press night. The excitement of showing something for the first time and, of course, the mix and mingle afterwards, but quite often by the Saturday at the end of that first week, I'm ready to get into my car and drive home and not return. Job done…
Read more 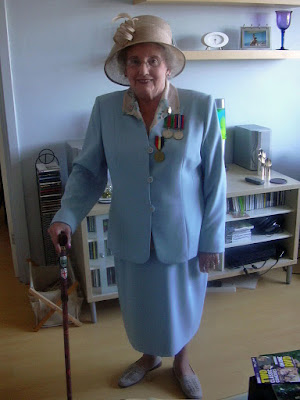 So I shall wear my poppy this year with an extra bit of pride.

The Second World War was the greatest event in my mother's life. I can't imagine how it must have felt setting off at the age of nineteen to join the ATS as she did. Stationed in Kent near Maidstone, she was a plotter. She placed the position of enemy aircraft on maps during the Battle of Britain and throughout the rest of the war. You could hear the pride in her voice whenever she spoke of the five years she had given up for her country. It had given her a sense of community, a sense of belonging, and a sense of camaraderie and importance that she would use throughout her life.

On a trip into Kent one Sunday in her late 80s, she pointed out to Richard and I, a pub in a charming little village. This was where she had spent the night of her 21st birthday "getting a little merry" as she put it and from where she and other members of her squadron staggered back down country lanes to find they had missed ligh…
Read more 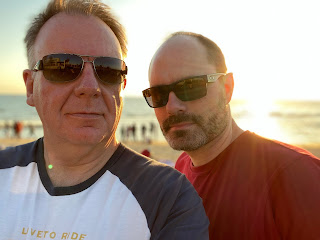 I’m never sure at which point it becomes politically incorrect to keep on saying Happy New Year. I’m still including it in emails at the moment, but I think by the end of next week I’ll probably have to knock it on the head and accept that 2020 is here and it’s no longer new.  2019 went out with a bang in many ways, but most obviously with a long planned trip to Australia which did turn out to be the holiday of a lifetime. Simply from the point of view distance, when you arrive in Australia you feel the need to enjoy yourself as you’ve travelled all that way. And sometimes stepping away from things can bring clarity. You don’t necessarily need to go to Australia, but the beginning of the New Year is a good time to stand back and take stock. An awful lot of self-help homilies keep appearing on my Facebook feed and I have to resist the urge to click on mute or block each time they do, but there does seem to be a trend. Instead of saying what we will do in 2020, it might help all of us …
Read more